box -- Containers in a Box

box is a command-lint utility (non-daemon) written in Go for creating Linux containers and sandboxing processes. box is basically a tiny version of docker, it uses neither containerd nor runc. box only implements a sub-set of features you may be used to coming from Docker or similar. 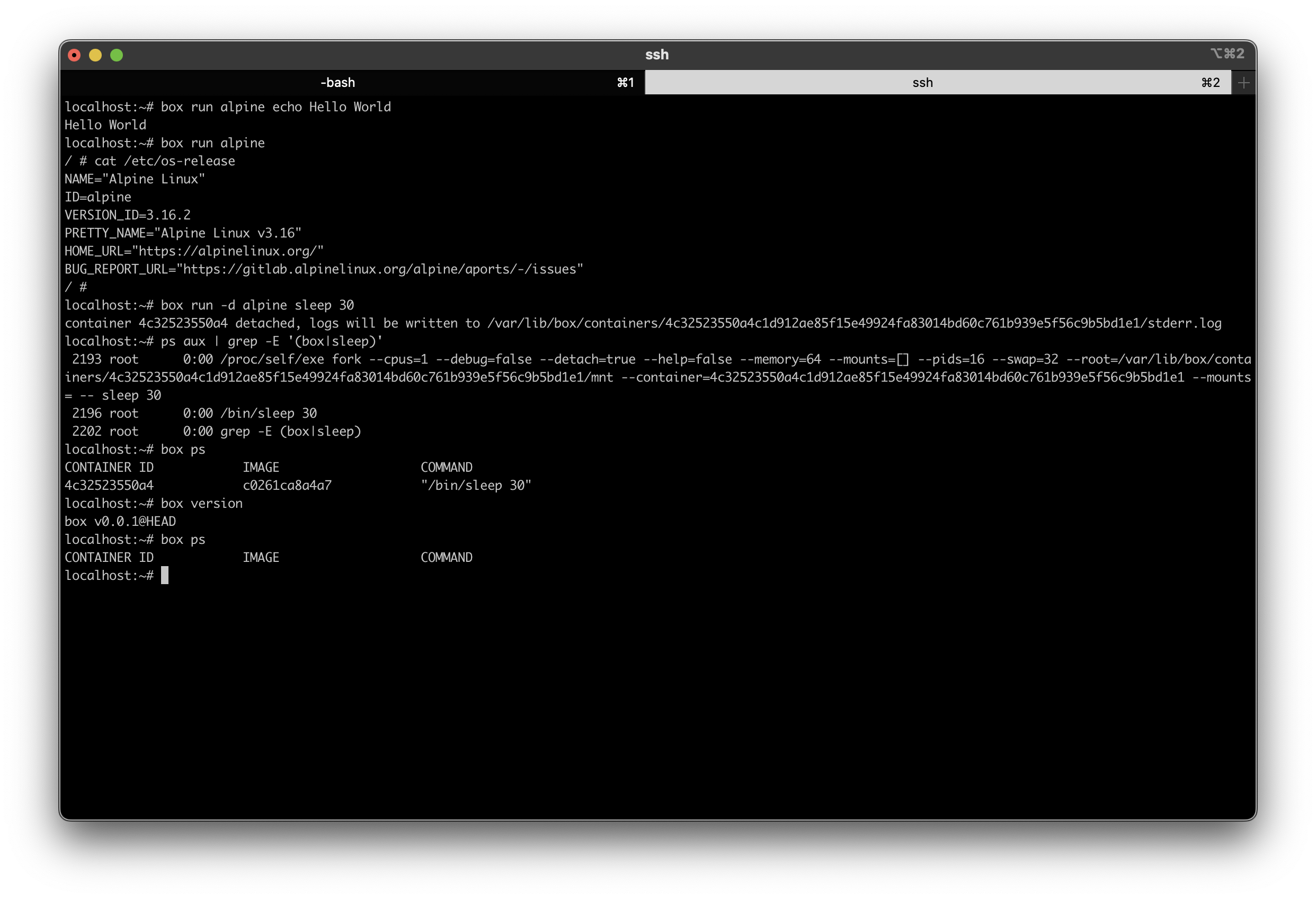 Otherwise you can build from source using git (You still need the Go compiler):

There are pre-built binaries I publish regularly to the Releases page you can download and install. Example:

Since box requires elevated privileges in order to create new namespaces and control groups, it must be run as root or with an effective uid of 0.

You can either run box as root, or you can install the binary with the suid bit set:

NOTE: The -- is important here as this acts as the "flag terminator" for the box CLI and the run sub-command and allows you to then use command-line options that are passed to your images' entrypoint.

Currently box has a builtin IPAM (IP Address Management) that has a hard coded subnet of 172.30.0.0/16. A box0 bridge (switch) is setup for all containers (automatically) and containers are put into their own isolated Network Namespace and assigned an IP Address out of this subnet automatically (without requiring DHCP).

Currently there is no support for using a different subnet or assigning static IP Addresses to containers at this time.

box uses nftables to create and manipulate NAT rules to allow containers access to external networks (MASQUERADE) and mapping ports from the host to the container (DNAT).

box injects the host's /etc/resolv.conf into a newly formed container so as long as DNS Resolution works on your host, it will work inside containers too.