fbox - Files in a Box

fbox is a distributed file system written in Go that has the the following features:

There is also a publicly (freely) available demo instance available at:

NOTE: I, James Mills, run this instance on pretty cheap hardware on a limited budget. Please use it fairly so everyone can enjoy using it equally!

Sponsor this project to support the development of new features, improving existings ones and fix bugs! 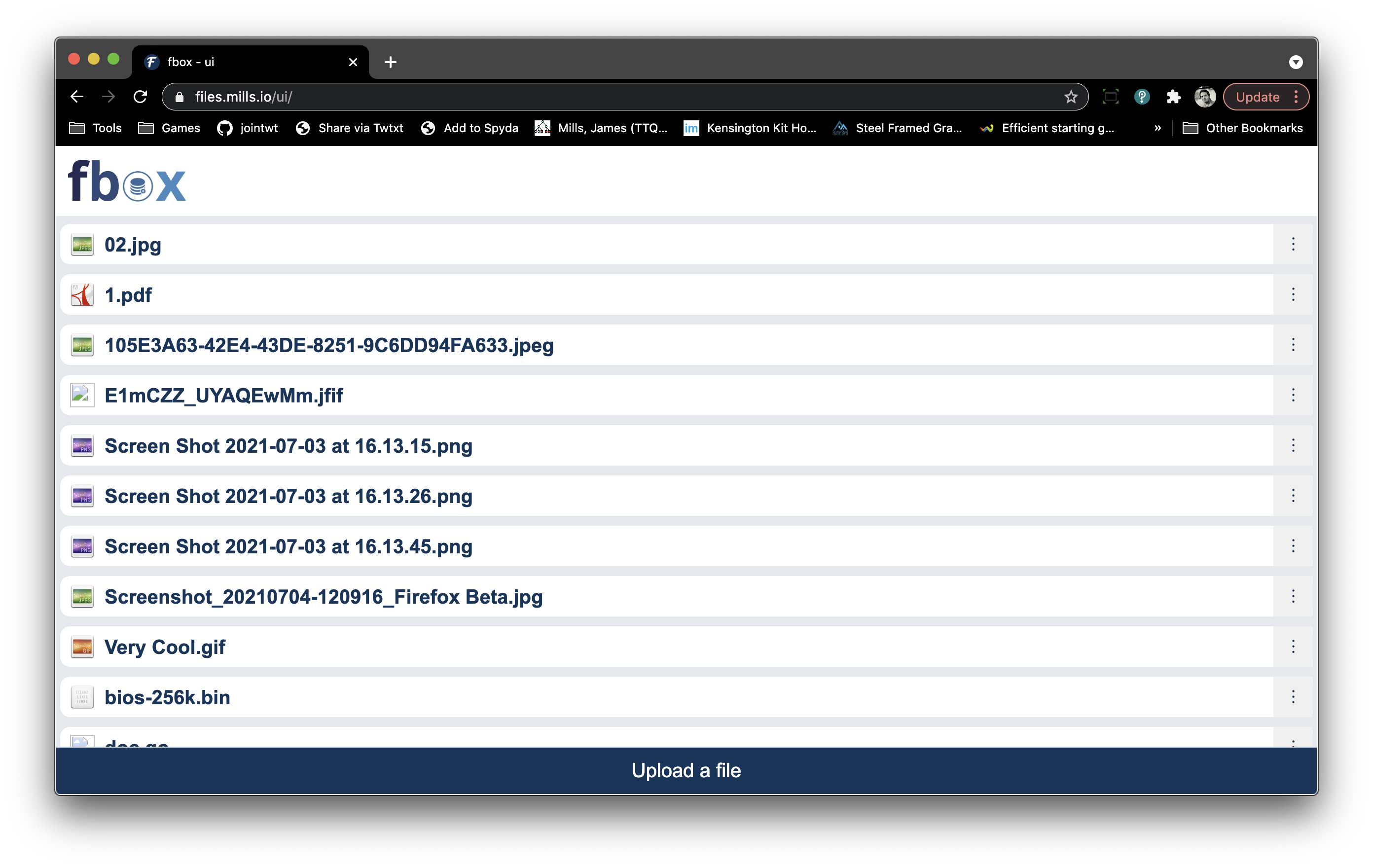 You can install fbox by simply downloading the latest version from the Release page for your platform and placing the binary in your $PATH.

On macOS you can install fbox using Homebrew:

To install fbox from source you can run go get directly if you have a Go environment setup:

NOTE: Be sure to have $GOBIN (if not empty) or your $GOPATH/bin in your $PATH. See Compile and install packages and dependencies

Or grab the source code and build:

And optionally run make install to place the binary fbox in your $GOBIN or $GOPATH/bin (again see note above).

This will set up a 3-node cluster on your local machine (for testing only).

You can open the Web UI by navigating to:

You can also use the command-line client fbox itself; See usage:

For example to store a file:

And to retrieve the file:

You can deploy fbox to a Docker Swarm cluster by utilising the provided fbox.yml Docker Stack. This also depends on and uses the Traefik ingress load balancer so you must also have that configured and running in your cluster appropriately.

Support the ongoing development of fbox!

Interested in contributing to this project? You are welcome! Here are some ways you can contribute:

Please see the Contributing Guidelines and checkout the Roadmap for inspiration, ideas and the general vision and goals.

Thank you to all those that have contributed to this project, battle-tested it, used it in their own projects or products, fixed bugs, improved performance and even fix tiny typos in documentation! Thank you and keep contributing!

You can find an AUTHORS file where we keep a list of contributors to the project. If you contribute a PR please consider adding your name there. There is also Github's own Contributors statistics.

Attributions and Prior Art