GoNIX - a UNIX-like Operating System with a mostly Go Userspace

gonix is a UNIX-like Operating System (based on the Linux Kernel) with a Userland mostly written in Go including Networking, Services, Device Management and an integrated SSH service. 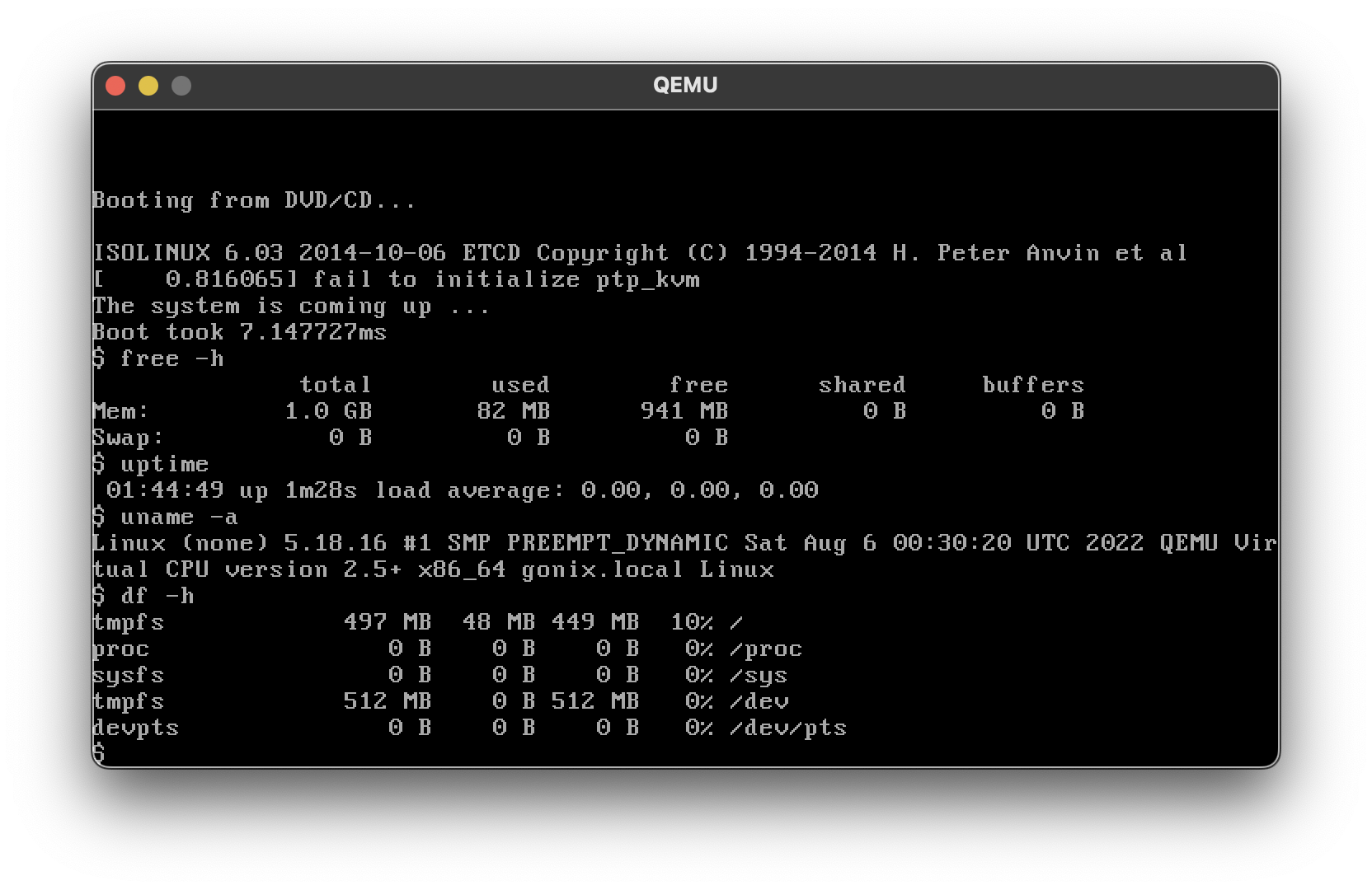 A boot.iso should have been created which can be booted on any x86 system such as VirtualBox, QEMU or any Cloud Provider.